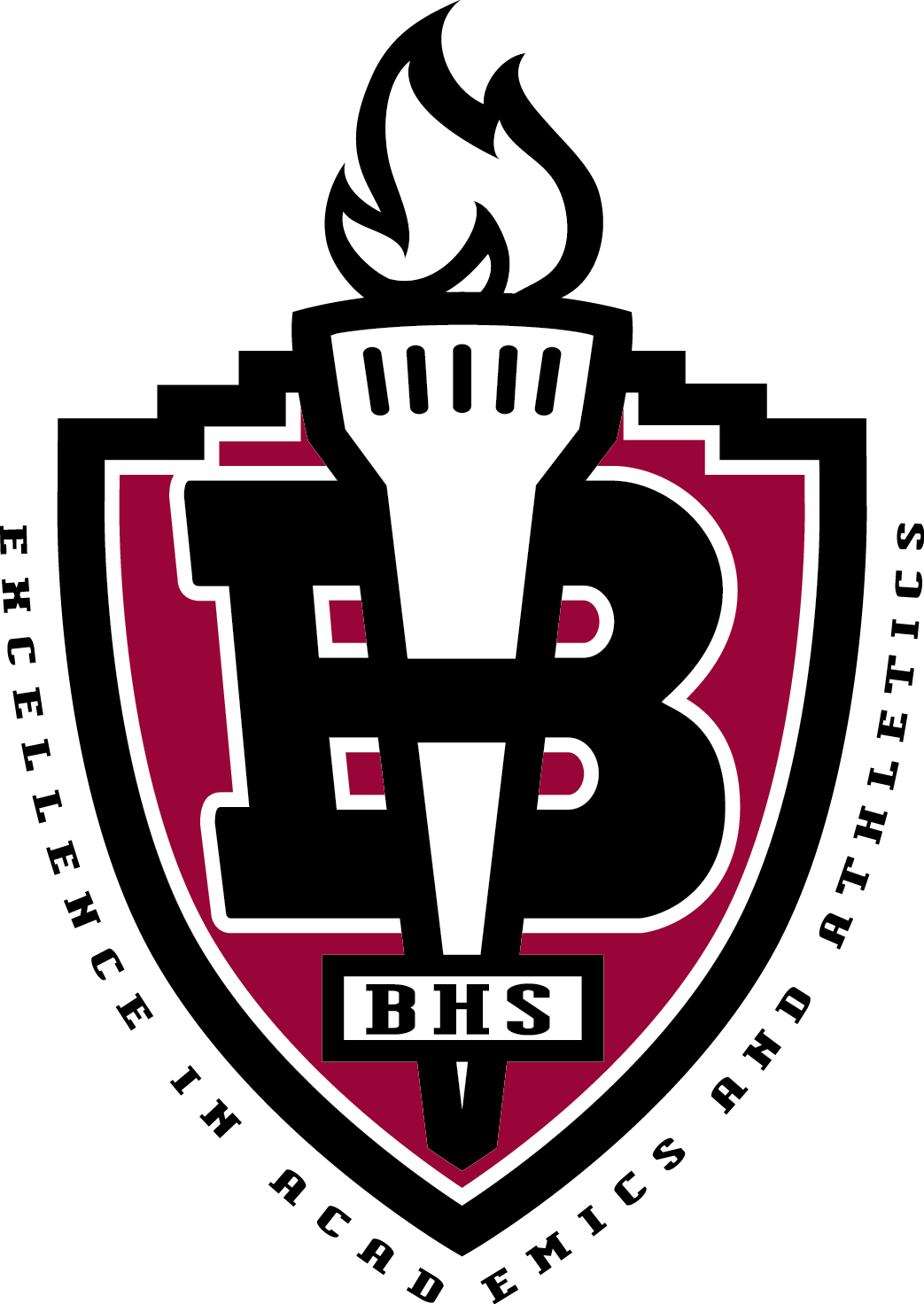 BHS opened as the first true high school in Bismarck in Oct. 1912 with the first graduating class in 1913. Hallways had no lockers but students were impressed by the large classroom windows and indoor plumbing.

The main building was originally constructed in 1934 and the use of marble and brass is impressive considering this was during the Depression era. You can also see the original light fixtures in the main lobby. By 1934-35, the 649 students enrolled more than doubled the original number planned for BHS.

Renovation of the main building took place in 1986-87. The 86′ renovation construted the current commons area and moved the library to the 2nd floor. The library was named for a long time BHS teacher, Rita Johnson.

1996 renovation added the Swanson Wing (north end). It was named for Em & Ardys Swanson. Em was a teacher for 13 years and served as principal for 18 years.  Ardys was an English teacher at BHS for 31 years. The Swanson wing houses the two gymnasiums, our fine arts performance area, the music rooms and social studies rooms.

The gymnasiums are named: Knaak Center – Named after longtime band teacher, Gordon Knaak who taught at BHS from 1953 – 1989. Lynch Gym – Named for longtime coach and teacher, Jack Lynch. He taught at Bismarck High from 1962 – 1997. Karlgaard Gym – Named for Dick Karlgaard who taught at BHS in the early 50’s and then served as the District Athletic Director until 1990. He is also remembered for announcing hundreds (if not thousands!) of football, track and basketball games throughout his years. Dick passed away in 2012.

2018 Remodel:
Bond:
•$57.5 million for additions and improvements to 3middle schools, Century High & Bismarck High.•The bond for these projects was approved March 7,2017, by 85% of the people who voted. BHS’s cost is $17million.•As other bonds for school projects come off the taxrolls, BPS will replace them with mills for the 5 projects,resulting in a flat debt service mill levy so localtaxpayers would not experience an increase in this levy.

Project:
•Added 25,600 sq. ft. auditorium/theatre. •On the north side of the gym, an additional 10,000 sq.ft. for fitness, weight room, and wrestling room.•Reconfigure the Karlgaard Gym; the 3rd court gymaddition is 8,700 sq. ft.•Improved security at east and west entrances.

BHS Auditorium Naming Rights
The new Bismarck High School auditorium will be dedicated to former BHS graduate Roy Gilbreath, who has made a donation to the project.

Roy Gilbreath was born on June 11, 1930 in Mott, North Dakota. He attended first grade in Minneapolis, MN. He then attended 2nd grade through high school in Bismarck where he graduated from Bismarck High School in 1948.  Roy attended the University of Minnesota for one year before enlisting in the United States Air Force where he served four years during the Korean War.

After his service in the Air Force, Roy continued college at Montana State University and graduated with a degree in Agronomy.  After graduation he worked several years for Doane’s Agricultural Services.  He later returned to Bismarck where he worked for as a Land Leasing Agent. During the time he was a Landman, Gilbreath also worked for the North Dakota State Legislature.   Roy is best known for being the Chief Clerk of the House of Representatives from the late 1960’s through 1997 with the exception of the 1983 legislative session.

Roy still has his Bismarck High School letterman’s jacket which, on occasion, he still proudly wears!

Bismarck High is thankful for their volunteers that help make a difference for their student’s each and every school day.  Please contact Bismarck High’s secretary at 701-323-4800 to find out more ways that you can become involved today!

Donations to the Athletics fund will be utilized to fund equal opportunity for students to participate in extracurricular athletics that may not have the ability to do so otherwise.

Donations to the Fine Arts fund will be utilized to fund equal opportunity for students to participate in fine arts (such as art, band, etc.) that may not have the ability to do so otherwise.

Donations to the scholarship fund will be utilized for BHS seniors who have been awarded this year’s BHS Scholarship.